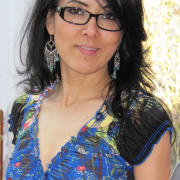 My story comes in Public Health comes in three parts: the seeking, the finding and the blossoming. Throughout it all I owe such a debt to many colleagues who have inspired me and helped me along the way.

Part 1: The Seeking;
Life is strange. Who knows what pattern the fates are weaving……
My life in public health began before I knew what it was. I was a young doctor displaced in war torn Afghanistan from my home in the capital Kabul to the Northern province of Mazar-E-Sharif. I worked for Oxfam and later UNICEF looking after refugee camps and trying to promote women’s’ health. This is where I was caught by the magical spell of Public Health – in the unlikely setting of latrines and the human rights of women. I had taken a sip from the cup of Public health and I wanted to drink deeply.
In 1996 I resigned from my posts in my home country and came on my own, living off savings and temporary jobs to London to try to find a way to study Public Health. Looking back, the lack of a plan was terrifying, but I heard the call and I followed it. As I could barely speak or write English my first step was to get these up to scratch and pass the exams to get me onto the London School of Hygiene and Tropical Medicine. Eventually I was accepted for the MSc Course ‘Public Health in Developing Countries’, funded by part time work in newsagents, hotel reception, translating business documents and even in Burger King.
The plan was to return home and get to work on improving the Public health of my country…… but home was now a full-scale war zone. I couldn’t get home, I was separated from my family and I was a refugee… so what next? How could I use my new-found skills?
My course supervisor at the LSHTM appointed me as an academic research assistant and suggested I should make a contact which was life changing….. I went to talk to Dr Premila Webster about the formal training scheme. Premila was an inspiration and, to cut a long story short, via a six month trainee locum post in Health Protection in Berkshire I was lucky enough to get onto the Registrar Training Scheme for Thames Valley….

Part 2: The Finding:
Wow!! This was it!! Real Public health at last – I could not believe my luck and I was so grateful to be given this chance. I thank this great Country for taking me- a refugee- and giving me this chance. Sometimes I don’t think we realise how lucky we are to live here in the UK.
Now I had really ‘found myself’ and things went from strength to strength. Under Premila’s guidance I had a series of marvellous placement as a trainee:

There it was! The whole marvellous and magical pattern of training, all done in just over 3 years thanks to retrospective recognition of my previous experience.
Overall I just could not believe that such a banquet of riches had been spread out before me….  and the best thing of all was that just as I thought it couldn’t get any better, the next course would be served and it was more delicious than the last. For me, finding this training scheme and the Oxford School of Public Health was life saving.

Part 3: The Blossoming:
I loved every minute of my training and the tools I was given then have proved to be sharp and true for getting the day-job done. I think of the whole training period as being like growing flowers. First the seed of Public Health is planted. It grows and is watered by senior colleagues and the training scheme until the flower buds are ready to burst open. Then comes ‘real work’ and the flowers open fully.

Since then the river of life has kept flowing, taking me through jobs in Milton Keynes, Oxfordshire, Oxford University and into Buckinghamshire……  and who knows where it will lead… maybe it will take me back home one day ……. who knows?  But what I do know is that it will be quite a ride on the river of life. Improving the Publics’ Health is the star we steer by, and a training course like ours in Thames Valley is the boat we sail in in our early years. We never forget our debt of gratitude, and later, if we are lucky, we get to train others in our turn and give back a small measure of the riches we have been granted.

This site uses cookies. By continuing to browse the site, you are agreeing to our use of cookies.

We may request cookies to be set on your device. We use cookies to let us know when you visit our websites, how you interact with us, to enrich your user experience, and to customize your relationship with our website.

Click on the different category headings to find out more. You can also change some of your preferences. Note that blocking some types of cookies may impact your experience on our websites and the services we are able to offer.

These cookies are strictly necessary to provide you with services available through our website and to use some of its features.

Because these cookies are strictly necessary to deliver the website, refusing them will have impact how our site functions. You always can block or delete cookies by changing your browser settings and force blocking all cookies on this website. But this will always prompt you to accept/refuse cookies when revisiting our site.

We fully respect if you want to refuse cookies but to avoid asking you again and again kindly allow us to store a cookie for that. You are free to opt out any time or opt in for other cookies to get a better experience. If you refuse cookies we will remove all set cookies in our domain.

We provide you with a list of stored cookies on your computer in our domain so you can check what we stored. Due to security reasons we are not able to show or modify cookies from other domains. You can check these in your browser security settings.

These cookies collect information that is used either in aggregate form to help us understand how our website is being used or how effective our marketing campaigns are, or to help us customize our website and application for you in order to enhance your experience.

If you do not want that we track your visit to our site you can disable tracking in your browser here:

We also use different external services like Google Webfonts, Google Maps, and external Video providers. Since these providers may collect personal data like your IP address we allow you to block them here. Please be aware that this might heavily reduce the functionality and appearance of our site. Changes will take effect once you reload the page.

The following cookies are also needed - You can choose if you want to allow them: